Harry Potter and the Prisoner of Azkaban

Harry Potter and the Prisoner of Azkaban (4.5/5) 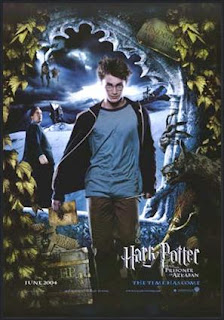 Perhaps one of the most astonishing aspects of the Harry Potter series (other than the fact that they will make their way through all seven novels) is that, if the critics are to be trusted, the films have managed to maintain a certain level of quality even as several directors have passed the baton to the next man in line. If you think about other film series that made it out to seven entries or more, like Star Trek or Bond, then you’ll notice that they are marred by wild inconsistencies in quality. As the first film not directed by Chris Columbus, Harry Potter and the Prisoner of Azkaban represented something of a test for the franchise. Despite his shortcomings as a director, Chris Columbus’s background in adventuresome family films at least presented him as an obvious choice as the director of the Harry Potter films. With The Prisoner of Azkaban there is a real question as to whether the franchise could continue with a new director at the helm.

And what a director! When Alfonso Cuaron, the first director to take over from Columbus, was tapped to make the next Harry Potter film he had just come off of his critically acclaimed Mexican film, Y Tu Mama Tambien, a story about teenage sexual exploration. I wonder how Harry Potter fans reacted to this news. My guess is that half of them thought Cuaron would make a film where Harry and Ron go on a road trip together only to discover sexual awakening while under the tutelage of an older witch. It turns out Cuaron did not implant an indie sensibility into the Potter franchise, but I am happy to say he did manage to inject new life into the series.

The Prisoner of Azkaban begins with Harry, once again, living with his aunt and uncle over the summer months. His Uncle Vernon has invited over his sister Marge for dinner while forcing Harry to play butler for the family. Marge is apparently not a fan of the Potters because not only does she insult Harry, but she also insults his mother and father. Ignoring the prohibition against using magic among the muggles, Harry lets his anger get the best of him and proceeds to inflate Marge like a large party balloon. He then quickly storms out of the Vernon household, suitcase in tow.

This opening scene is the first clue that the audience is in for some changes. The Prisoner of Azkaban is a darker film, both in its color palate and in its themes. After Marge is blown up into a balloon, we see her floating across the night sky like some low flying aircraft. Later we discover that she has been returned to her original state, but Cuaron momentarily allows audience to think she might live out the rest of her days bouncing from one skyline to another. The initial lingering question of Marge’s fate recalls other dark children’s films. In the original Willy Wonka, for example, the condition of each of the bad kids was left frighteningly ambiguous. This newfound darkness is reflected in the aesthetics of the film as well. Not only are there deeper shadows throughout the movie, but even Hogwarts’s uniforms are darker in shade.

This time around the villain is also suitably menacing. Each installment in the series has taken an opportunity to utilize some of Britain’s most prestigious actors, and The Prisoner of Azkaban is no exception. Not only do we get Emma Thompson as a teacher of divinations, Prof. Trelawney, but we also get Gary Oldman who plays Sirius Black, an escaped convict from the prison of Azkaban. (The name Sirius Black seems only one step removed from Oldman’s 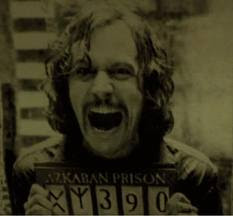 first major role as the punk legend Sid Vicious). Oldman has been fashioning his American accent for so long that I had actually forgotten that he was born a Brit. Black’s face is plastered on numerous wanted posters and newspaper pages. But because this is a realm of magic, Black’s image moves, like some sort of magical .gif, showing him screaming at his jailers (I like to think he’s saying “Eve-ry-one!”). In addition to an escaped convict, the Hogwarts gang must also worry about the likelihood of a roaming werewolf, making this the most Halloween themed Potter film yet.

While the film still stretches past the two-hour mark, The Prisoner of Azkaban feels much more streamlined than its predecessors. Strangely enough, it took an indie director to make the Potter films feel like a big budget action adventure. That’s not to say that the modest charms of Hogwarts and the camaraderie between the schoolchildren are missing. In one of the better scenes in the film we see Harry, Ron and other boys bond over magic candy that has the strange effect of causing one to growl like different kinds of animals. The scene barely lasts half a minute, but it is a wonderful reminder of what its like for boys to form friendships in their early teen years, attempting to impress and one up their mates. Alongside these smaller character moments (including Harry’s tutelage from a new Hogwart’s professor) Cuaron creates the longest and best executed action climax yet filmed for a Harry Potter movie. In the tradition of other great extended action sequences, like Return of the Jedi and The Seven Samurai, nearly the last hour of the film is a tense series of events that, while action packed, are also incredibly smart. I am loath to spoil the end of the film, but let me merely state that the climax of the film is as carefully constructed as the intricate gears of a pocket watch.

The previous Harry Potter films attempted to capture the wonder and magic of growing up and discovering what kind of world lies outside the bounds of your house, family and hometown. In this manner, the films are about more than just wizards and warriors. They also tried to capture the world through the eyes of a child. The Prisoner of Azkaban, however, is the first Harry Potter film that seems to be looking back at adolescence from the vantage point of adulthood. The darker tone of the film not only suggests the hard trials Harry must face as a wizard, but also the difficult times he must face as a teenager.