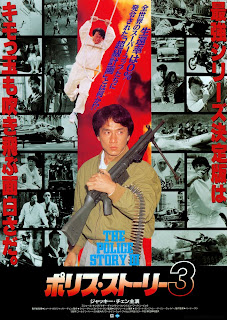 Following Jackie Chan’s major American breakthrough, Rumble in the Bronx, American distributors started sniffing around for other Jackie Chan films they might dub and dump onto the American market. It is no surprise that one of Chan’s first Hong Kong films chosen for an American audience came from his most successful series, the Police Story movies. All they had to do was drop “Police Story” from the title and take it to a chop shop where parts of the movie could be taken out, seemingly at random. While I have seen the original cuts of both Police Story 1 and 2, this review is of the American cut of Supercop. Although I generally prefer to watch the original version of a foreign film, I do believe there’s some value in seeing what parts of a movie are deemed necessary for American viewers. Besides, getting an original cut of this film is notoriously difficult.

Relaying the plot of the American cut turns out to be somewhat difficult, but I will give it a try nonetheless. Chan is brought in on a joint international assignment between Hong Kong and mainland China. His goal is to go undercover in order to infiltrate an organized crime syndicate. Chan’s Chinese partner, Inspector Jessica Lang, is played by none other than female martial arts legend Michelle Yeoh who ably matches Jackie Chan move for move. In order to go under cover, Chan helps the imprisoned brother of an organized crime leader escape and later ingratiates himself into his association. Chan befriends his mark by hiding him in his hometown where Inspector Lang pretends to be Chan’s sister. The end goal is to follow the brother all the way up the totem pole to his drug lord brother and finally to the coalition of weapons and drugs dealers that he belongs to.

At least, I’m relatively certain this is the plot of the film. It’s a little foggy until about half way through the film. One of several scenes that the American distributors deemed unnecessary was an explanation of Chan and Lang’s mission and why it was first necessary to break the brother out of prison in order to infiltrate the syndicate. It is only when the criminal syndicate is introduced that a viewer can reasonably piece together the point of all this subterfuge. Perhaps the American distributor thought that audiences don’t go to see a Jackie Chan film for the plot, and while this might be nominally true, it would be nice to know exactly what MacGuffin Chan is after.

According to the great sage Wikipedia, scenes illustrating cultural differences between Hong Kong and China were also excised, perhaps because the distributor assumed that culture clashes from half a world away mean nothing to an American audience. This, of course, is not the case. If an American audience is coming to a foreign film, whether it’s a French new wave or Chinese martial arts film, then they are likely interested in taking in a quick glance of another culture. Likewise, the film’s American soundtrack is littered with bargain bin hip hop and second hand covers that do the movie no favors.

Police Story 3: Supercop finds the series pivoting from gritty urban action to James Bond intrigue. This shift in genre is spelled out for us in the opening minutes of the film when Chan’s boss, Uncle Bill, suggests that Interpol needs James Bond for their newest assignment. The first two Police Story movies were somewhat confused in tone, attempting to be both a goofy comedy and a Dirty Harry type rogue cop film. At times I did miss the way that the earlier films made use of enclosed urban spaces, but it is competently replaced by international vistas, shoot outs and car chases. The new genre and setting changes the action as well, which focuses less on hand to hand martial arts than it does on tremendous stunts involving as many vehicles as they could fit into the movie.

Supercop’s greatest contribution to the series may have be the introduction of Michelle Yeoh who provides the first instance of a strong capable female in the entire franchise. In the tradition of the buddy cop film (from which this movie is also borrowing), Yeoh’s character, Lang, performs the role of the buttoned up, by the book professional who clashe 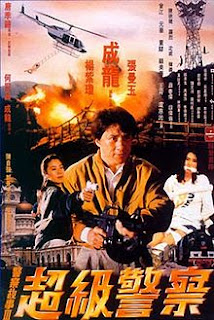 s with the freewheeling, undisciplined Chan. By including a second hero who can also use her hand and feet as weapons, the movie not only adds something new to a Police Story movie, but it also allows for several interesting action sequences, including one where Chan must help Lang, who has been strapped with an explosive vest, avoid being shot lest both of heroes, as well as anyone else in the general vicinity.

Of course, Chan’s girlfriend, May, does show up in the film, albeit in a much smaller capacity than in the other films. Poor, poor May. Not only is she nearly forgotten for most of the film’s running time, only to show up at the end to fulfill the role of a hostage, but she is also pushed into a pool, mistaken for a prostitute and shoved out of a helicopter. In many ways Supercop’s shift in genre means, except for some familiar faces, it could have easily stood on its own (perhaps one of the reasons why it was released in the U.S.). And yet I can’t help but admire the decision to mess with the formula, to keep the series fresh.

TV on the Radio - Nine Types of Light 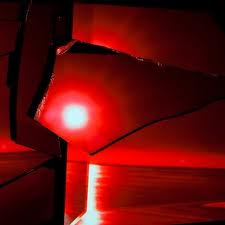 I once glibly commented to a friend of mine that, while I love many of TV on the Radio’s songs, I felt like they were one of the greatest bands to never make a great record. From their first album on TV on the Radio showed immense promise as a band. They crafted a unique sound for themselves that combined punk, new wave, funk and electronica into unexpected arrangements (if you can remember back to their debut, then you also know they briefly dabbled in acappella, and it was actually good). And yet despite punctured flashes of brilliance, I had never found an entire album by TV on the Radio completely satisfying. For their first three albums, the best songs were pushed to the first half of the record while the less impressive efforts weighed down the back end. Despite all of their brilliance as songwriters, it seemed as if they couldn’t maintain the quality of their best efforts for the entire span of an LP. With the release of Nine Types of Light, TV on the Radio’s fourth album, I can no longer make the same claim about TV on the Radio’s awkward tackling of the album format.

Perhaps it is because the band has finally cracked the code of the long player, or perhaps it’s because they learned to cradle the slow numbers as well as they rock out on the obvious singles, but whatever the reason, TV on the Radio have made the best album of their career. From the funk stomp of the opener, “Second Song,” to the shout out loud closer, “Caffeinated Consciousness,” Nine Types of Light maintains a consistently high level of quality. Some numbers may grab the listener more immediately than others, but I guarantee you that any single track off Nine Types of Light would be a highlight on nearly any other group’s album.

As usual, TV on the Radio effortlessly turn in invigorating screamers whose hooks veil the fact that the lyrics could have been written by the Greek figure of death, Thanatos. “No Future Shock” conjures up images of a dance party in the middle of social and po 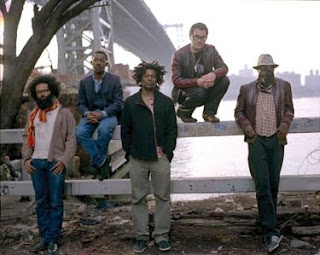 litical entropy, while “Repetition” dares you not to dance to a tale of drugs, death and violence. The latter track even breaks down so that Tunde Adebimpe can provide a moment of spoken word introspection that sounds like a schizophrenic version of Vincent Price. Perhaps no other band can make humanity’s death drive seem like so much fun. But the real stunner about Nine Types of Light is that the slow numbers are perhaps the best songs off the album. The real standout here is “Killer Crane,” which leaves not a note out of place. Employing warm atmospherics, subtle strings, and even something that sounds like a banjo, TV on the Radio evince absolute control over every detail, confident enough to combine different instruments without overstuffing the song. “Killer Crane” speaks of regeneration and coming to terms with past scars, and it is this catharsis, as well as its placement in the album, that positions the song as the album’s centerpiece.

Fans of TV on the Radio have had to cope with rumors of a band break up over the past few years. Either because of solo albums, a temporary hiatus, or merely because the band seems overflowing with talented musicians, it sometimes appears that each TV on the Radio album could be our last. I hope this isn’t the case, since Nine Types of Light feels like work from a group who still has plenty to say. The final song off the album, “Caffeinated Consciousness,” is also the most aggressive, as if the band is attempting to say, “We’re just getting started.”