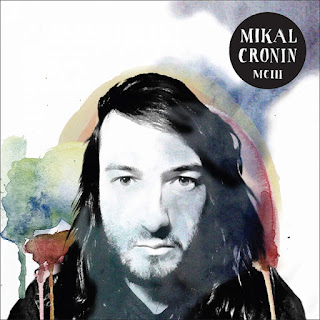 Born out of the garage rock scene—with its loose style and buzzing guitars—Mikal Cronin’s solo material has unexpectedly veered towards more orchestra laden power-pop.  His second album, simply titled MC II, opened not with muscular guitars, but with light ivories on the undeniably catchy “Weight.”  Cronin’s third album, naturally titled MC III, expands on these light flourishes of strings and piano, transforming his songwriting into something approaching Beach-Boysesque pocket symphonies.  And while most rock and roll musicians would be buried by all of these additional instruments, throughout the album, Mikal Cronin’s superb songwriting always shines through.

There’s a certain airiness to Cronin’s songwriting, whether it comes from his heavy use of acoustic guitar or the gusts of violin that greets the listener.  It is this open sound that allows him to incorporate further instrumentation without overburdening his songs or burying his songwriting chops.  “I’ve Been Loved,” for instance, is a memorable acoustic ballad enhanced by a building wall of strings that leads into an echo-affected whistle reminiscent of vespers through a grove of birch trees. The album also happens to be well sequenced.  The lush “Turn Around” leads into the hooks-focused “Made up My Mind,” which in turn leads into the propulsive “Say.”  It’s clear that Cronin is thinking not just in units of songs but also whole albums.

But as an album, MC III is split in two.  The first half is a collection of pristine pop songs where the second half aims to comprise a single song cycle known collectively as “Circle.”  Much like the first half of the album, this six song opus reaches for a diverse array of impressionistic and emotional resonance.  I can think of no other album where a song’s tail end jam session includes the unlikely addition of a tzouras as happens in “Gold.”  From the way it is situated in the liner notes, “Circle” is supposed to function as a single unit, but while it is, again, well-sequenced, each track works as an individual song.  Tellingly, “Ready,” with its immediate chorus “I’m not ready for December,” stands out as one of the album’s most radio ready songs, and yet it is fitted within a larger song cycle.  Instead of viewing the first half of the album as a loose collection of songs and the second as a single entity, it is probably easier to view the album as either two E.P.s released together or an L.P. with a distinct A and B side like artists used to crank out in the 60s and 70s.

Mikal Cronin’s roman numeral naming strategy might seem like a lazy way to avoid coming up with a title, but this choice actually demonstrates an awareness of ways in which each iteration expands on the last.  Some might miss the more guitar focused MC II, but I prefer to watch an artist continually build on what has come before.  MC III is one of the best albums of 2015 so far, but I’m also confident that it represents one stop in Cronin’s larger musical journey and not his final destination.
Posted by Tom Birkenstock at 5/30/2015 02:23:00 PM No comments: