R.E.M. - Fables of the Reconstruction 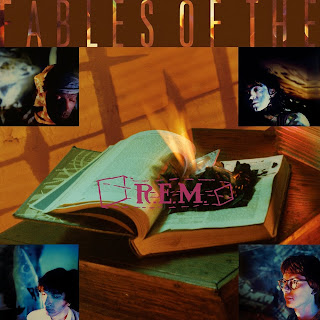 I was as shocked as anyone to learn that after thirty years of writing, recording and touring R.E.M. would finally call it quits. It’s strange to hear that a band with such a long history has broken up. It’s kind of like when a couple decides on a divorce when both partners are firmly entrenched in middle age. You have to wonder, why now? Surely R.E.M. could have gone on touring and putting out albums every five years or so, and no one would have thought less of them. Perhaps it has to do with slipping out from under the expectations that the name R.E.M. carries with it. Perhaps they don’t have anything left to say, or are finished making music (I certainly hope this isn’t the case). Like many, following R.E.M.’s breakup, I have taken the opportunity to reflect on where they stand both in my personal aural autobiography I keep running through my head and in their larger place as musicians. I would like to take a moment to highlight one of their great early records, Fables of the Reconstruction, in order to reassess the album in light of the R.E.M.’s entire oeuvre.

It may be hard to remember now but before the world tours and sold out stadiums, R.E.M. began as more of a local act. For the first part of their career they were heavily associated with the Athens music scene, and it seemed like R.E.M. couldn’t exist anywhere but in the American South. Peter Buck’s folk influence and Michael Stipe’s dark, cryptic lyrics evoked the hidden backwoods of Americana in the same manner as William Faulkner or Flannery O’Conner. Fables of the Reconstruction was, arguably, the last album by R.E.M. that still felt immersed in the Southern Gothic tradition. It might seem strange, then, that the album was recorded not in Athens, but in England. Of course, sometimes we need to leave a time and place in order to truly see it.

Fables opens with the disorienting “Feeling Gravity’s Pull.” Stipe sings of falling asleep while reading and name checks the surrealist artist Man Ray while Buck’s guitar trips its way along a stuttering melody. This signals a different direction from their previous album, Reckoning, which, while still firmly planted in Southern soil, managed to have a more outsized feel with bigger hooks and catchy choruses. Fables’s off kilter feel is mirrored in the packaging. The front cover reads, “Fables of the…” and the back cover continues, “Reconstruction of the…,” creating an endless loop.

Tellingly, the second track, where most bands would place the obvious single, is instead taken up by a down tempo tribute to outsider artist, Rev. Howard Finster, “Maps and Legends.” It is only by the time we reach “Driver 8” that the album starts to develop real momentum, thanks mostly to Bill Berry and Mike Mills’s propulsive rhythm section, which nicely mirrors the subject of the song, a train engine. Themes of movement and change run throughout the album, perhaps an early indicator that after Fables R.E.M.’s sound would also shift directions. “Driver 8” in particular speaks to the timelessness of R.E.M.’s music. By reaching back and writing about an older mode of transportation, R.E.M. projects their subject matter outside of the here and now. This is nicely mirrored in their music, which borrows just as much from 60s folk as it does from punk and new wave.

The latter two influences can be heard in some of the more energetic numbers, like “Life and How to Live it” and the at times violently atonal, “Auctioneer (Another Engine).” The most out of step song on the album is perhaps “Can’t Get There from Here,” which sounds like Public Image Limited by way of Creedence Clearwater Revival. The guitar on “Can’t Get There” sounds more like a rhythm instrument than the lead. From Stipe’s low voiced deliver to the high pitched squeal that opens the songs, “Can’t Get There” serves as a humorous one off, a respite from the pitch black Southern woods that seems to hover around the rest of the album. The song may be a sonic outlier, but thanks to its placement in the center of the album, at the moment when the listener is ready for a break, and thanks to lyrics that extend the theme of geography and insider/outsider, the album just wouldn’t work as well without “Can’t Get There from Here.”

And it’s this inconsistency made congruent that perhaps best defines the sound of R.E.M. The band is probably best known for their jangle-pop sound, and yet there isn’t a single moment in their career where this description fully encompassed the band’s identity. R.E.M. borrowed too much and had too much of their own personality to easily define. In the album’s closing song, “Wendell Gee,” Stipe sings that the title character chooses to “whistle as the wind blows,” which perhaps best defines R.E.M.’s career as artists who, while ever mercurial, never made changes that weren’t on their own terms. Fables signaled the end of R.E.M.’s early sound, and as much as I love the triptych of Murmur, Reckoning, and Fables, I’m just as pleased that they chose to follow their inspiration to wherever it took them, trusting that fans were going to follow. 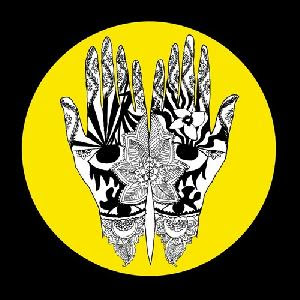 Woods have released three albums in the last three years. Surprisingly, this breakneck recording speed has had no impact on the quality of their material. Woods’s past three albums, Songs of Shame, At Echo Lake, and, their most recent, Sun and Shade are all impeccable pop albums. Each album fits a certain well worn mold that the Woods have occupied for a few years now. And even if the band prefers to tinker with their sound, making changes around the edges, rather than overhauling it from the ground up, I just can’t hold that against them since Woods always hit the bullseye, even if they barely move the target.

The sound of Woods might be reductively described as a lo-fi version of the Grateful Dead, minus the self-indulgent jamming. But what makes their sound so enduring is the way different sonic elements brush up against one another. The songs themselves are instantly catchy, yet each instrument must be heard through the bristling lo-fi recording; the band’s sound can be instantly uplifting, yet their lyrics often have a cynical lilt. Woods continue to stretch these dynamics on Sun and Shade whose first three songs, “Pushing Onlys,” “Any Other Day,” and “Be All Easy” are a musical triptych that runs the emotional gamut from nostalgic to melancholy to stirring.

After this opening salvo, Woods go into one of their winding instrumental tracks, “Out of the Eye.” At least one song on Woods’s past three albums has been an experiment in songwriting where they treat structure like putty, stretching it out until the music barely holds itself together. As if to apologize for the sheer accessibility of their last album, the impossibly catchy, At Echo Lake, here Woods have included two of these instrumentals. This changes the dynamic of the album, putting the listener on edge. The second of these instrumentals, “Sol y Sombra,” delves into percussion and atmosphere, like the soundtrack to a spaghetti Western directed by Terrence Malick.

But perhaps the most surprising change on the latest album is that on several songs lead singer Jeremy Earl drops the old timey microphone, which normally makes the vocals sound as if they are being transmitted from seventy years ago. The creaky vocals are such an instantly recognizable part of the band’s identity that I was genuinely taken aback to hear his voice sound so naked. So I suppose I don’t care if Woods don’t feel the need to drop a Sgt. Pepper like reevaluation of their sound. Their music is so haunting, so limitless that tweaking their sound is enough. Besides, even the Beatles had to record Help, Rubber Soul, and Revolver before they could tackle Sergeant Pepper.