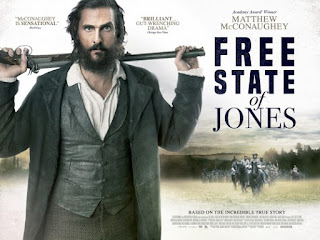 In 1948, Davis Knight was put on trial under Missippi’s miscegenation laws after marrying a white woman, June Lee Spradley. By today’s standards, Knight appeared white, and he passed to the extent that the official marrying Knight and Spradley didn’t even think to ask about Knight’s race. But Knights ancestry hid African blood, and the state of Mississippi eventually brought him to court and were able to return a conviction. In the mid-nineteenth century, his ancestor, Newt Knight, had taken up with a former slave by the name of Rachel, meaning that Davis Knight may have had at least one-eighth African blood, making him black according to Mississippi law. Fortunately, this conviction was overturned by the Mississippi Supreme Court. Unfortunately, the overturned conviction rested not on the unconstitutional nature of miscegenation laws, but rather as a means to avoid a challenge to miscegenation laws in the federal courts.

Davis Knight’s incredible story is a shocking example of how race in America was policed by state forces. And yet, the story of his ancestor, Newt Knight is somehow even more improbable. Newt Knight lived in Jones County Mississippi, a poor subsistence farmer in a land ruled by the whims of large plantation owners. He would briefly serve for the Confederacy before going AWOL and leading a band of Anti-Confederate fighters in their resistance against the newly formed government. Director Gary Ross’s film, Free State of Jones tells the story of New Knight as well as Davis Knight, and it’s an important film that stretches our understanding of both the Civil War and its aftermath, Reconstruction. Ross seems intent on bending the traditional Civil War narrative in order to get the viewer to see how the problem of race in America was not settled with the close of the war in 1865.

Newt Knight worked as a medic during the war, and when we first see him, he’s exchanging a wounded soldier’s garb for an officer’s jacket so that the man will be treated more quickly. Already disillusioned with the war, Knight becomes incensed when he discovers the implementation of the Twenty Negro Law, which exempted those who owned twenty slaves or more from military service, making his service part of, as Knight puts it, “a rich man's war and a poor man's fight.”

Knight abandons the army and returns home to his wife and child where he finds that the Confederacy has been seizing a disproportionate number of food and goods for the war effort. After turning guns on some Confederate soldiers to prevent them from taking any more, he flees to the swamps and lives alongside a number of slave maroons.

Knight strikes up a friendship with an escaped slave Moses as well as Rachel, a woman still tied to her plantation, but who manages to smuggle supplies to the escaped slaves. The film treats this as an experience of cross-racial empathy. Not only does Knight live with these escaped slaves, but he also depends on them. Unlike Knight, these men and women are knowledgeable about the swamp, able to navigate its inscrutable waters and wrest food from its harsh corners. 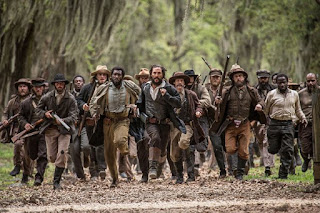 After the battle of Vicksburg, which essentially cleaved the Confederacy in half, more deserters trickle into Jones County, and Knight begins to rally a resistance, a resistance that includes both black and whites. Using guerrilla tactics, Knight and his men eventually wrest Jones County and the surrounding area away from the Confederacy. During this time, he also strikes up a romance with Rachel. (At this point in time, Knight’s wife has fled the county, afraid that her husband’s lawlessness will mean repercussions for her and her child.)

Ross’s film is attempting to reinsert the notion of class into the Civil War narrative. Knight’s journey takes him from a realization that as a poor farmer, he’s being used as fodder to prop up an unjust economic system to the understanding that he has much in common with enslaved blacks of the South. This is not to mean that the plight of the poor white man is just as bad as that of enslaved persons. It certainly wasn’t. And slave narratives at the time from people like Frederick Douglass and Harriet Jacobs took pains to make it clear that slavery was a far worse situation than poverty. Still, both Knight and the escaped slaves he’s taken up with are being chewed up by an unjust economic system.

In a pivotal scene, Moses is chastised for taking food that one of Knight’s men believes belongs only to the other whites, not to “n***ers.” Moses responds, “How you ain’t a n***er?” This of course can be read a number of ways. This poor white has also been used by Confederacy, conscripted into a war that does not benefit him. It could also be read as a comment on the illusion of race as a biological category, an absurdity that becomes clear in the film through the intermittent intrusion of Davis Knight’s story.

In a film of this nature, it would make narrative sense to end at the close of the Civil War, perhaps also covering the fact that Knight and Rachel had to flee their home for fear of repercussions, just so that the ending isn’t too “Hollywood.” But nearly the last half hour of the film covers the Civil War’s aftermath and Reconstruction. Moses’s son is taken by a plantation owner as an “apprentice,” a form of slavery that persisted after the Civil War. We also witness the political disenfranchisement and violence blacks faced at the hands of terrorist organizations like the Ku Klux Klan.

By extending the narrative, Ross points out the long-term destructive force unleashed by slavery, which was not stopped at Appomattox, at the signing of the Emancipation Proclamation, or at the passage of the 13th, 14th, and 15th Amendments. Like Knight’s descendants, we too are living in the shadow of slavery and the Civil War.

As a filmmaker, Ross is often faulted for being too much of a crowd pleaser, and you can see his desire to make buoyant entertainment in his screenplays for Big and Dave or in his directorial efforts like Seabiscuit. There’s really nothing inherently wrong with this instinct for making an audience happy, but I think critics also forget that Ross also directed the smart and nuanced take on Plato’s “Allegory of the Cave,” Pleasantville. And there’s a real desire on his part in push the Civil War drama forward in the hopes of counteracting the Lost Cause narrative that has infected the public imagination. And in doing so, he plays with the structure of Free State of Jones in unique and interesting ways. 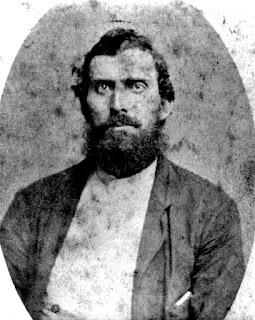 That’s not to say that Free State of Jones is a perfect film. I can’t quite decide if it’s too short or too long. Davis Knight’s story seems essential to what Ross is attempting to accomplish with this film, but his intrusion into the nineteenth-century narrative is sometimes clunky. And while Ross worked with historians to make sure the details of his film were right, by necessity some of history’s weirdness gets sanded down. For instance, by the end of the film, Knight’s first wife comes back to live with him and Rachel, but we don’t really get a sense of what she would have thought about her husband taking up with another woman, especially a former slave. (Although, it is suggested in the film that Knight may have been carrying on a sexual relationship with both women, which the historical record appears to back up).

But Free State of Jones is a timely and necessary film. We live in an age where racism has forced many poor and working class whites to vote against their own interests. And it’s worth remembering that this has historical precedent that goes back generations. In time, I expect the reputation of Free State of Jones to increase. It’s another important film in a string of them that asks us to reexamine nineteenth-century America in order for us to understand how we’ve gotten into the mess we’re currently in.
Posted by Tom Birkenstock at 2/05/2017 10:34:00 AM No comments: