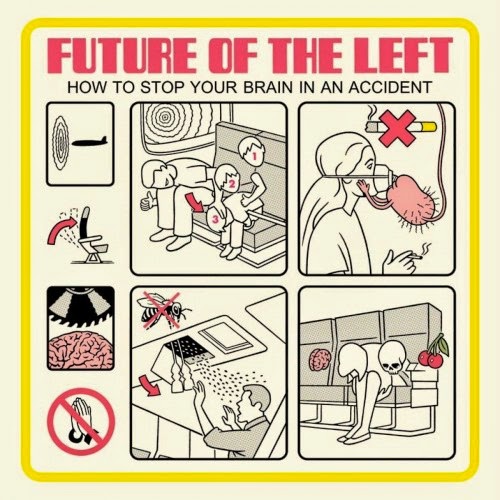 These days it’s easy to be pissed off.  Six years after the biggest financial disaster since the Great Depression, Wall Street continues its game of risky bets while the rest of us are shouldering a tepid recovery; when it’s not trying to replace school teachers with computers, Silicon Valley seems intent on producing time wasting apps and obnoxious looking techno-glasses, and they almost certainly will be the next financial bubble to burst; the U.S. government has been spying on its citizens and foreign leaders for years, and they somehow managed to convince the nation’s largest media conglomerates to defend the practice; while maintaining a go nowhere war in Afghanistan, the U.S. is also haphazardly bombing “terrorists” halfway around the world, making it that much easier to recruit more terrorists; and instead of getting upset at the state of things, the masses are too busy staring at their cell phones or watching vapid reality television shows.  I think we can all admit that the world is well and truly fucked.

At least this seems to be the assessment of the sardonically named, Future of the Left.  Hailing from Wales, Future of the Left can spit vitriol like none other, and their latest album, How to Stop Your Brain in an Accident, is no exception.  Over the years, lead singer Andrew Falkous has mastered the angry rant.  You may or may not know what’s making him irritable, but you can be certain he is truly, righteously enraged and, from the sounds of it, probably for good reason.  This kind of indignant anger can be difficult to maintain for the long haul, so it comes as somewhat of a surprise that How to Stop Your Brain, the band’s fourth full length, somehow manages to be the band’s best album yet.  The crew in Future of the Left has crafted a series of bone hard songs capable of tackling any target within sight.

The album starts off punchy with the stuttering “Bread, Cheese, Bow and Arrow,” an explosive diatribe from a naïve everyman living a world that has left him behind.  The song’s narrator repeatedly insists he’s “just a man of simple things” before describing his powerlessness.  In a line that deftly weaves between absurdity and commentary, Falkous sings, “Once I dreamt of owning my own home/and renting six bedrooms…but ambition encoded in an economy dominated/by forces so deep they confound themselves.”  Here, a typical middle class man expecting to live out his boring bourgeois life is stymied by economic forces so convoluted even the supposed geniuses on Wall Street couldn’t keep the under control.

The strength of Falkous’s diatribes lies in how you could imagine them delivered either by the homeless many down the street or by an ultra-righteous protester shouting through a bullhorn.  This is evident in what for my money is the album’s triptych centerpiece: “Singing of the Bonesaws,” “I Don’t Know What You Ketamine,” and “French Lessons.”  These are perhaps the three strongest back to back songs in Future of the Left’s career, and they’re a superb showcase of the diversity and dynamics of the album.  In “Bonesaws” Falkous affects a fake upper class English accent in order to narrate a twisting tale of reality television and existential epiphanies.  The song plays out as if the surrealist filmmaker Luis Bunuel had decided to start a punk rock band.  The posh faux-accent serves as a mask for the depressing emptiness of popular culture, including a new reality television show where a man dressed as a bear who is angry about losing his pension chases down Kim Kardashian.  During the filming of the show the entire crew suddenly comes to the conclusion that “They have wasted the precious gift of life which has been/given to them by science!” and begin self-mutilating themselves.  There are too many fantastic lines in the song to recount here, but I’m a particular fan of this swipe at the BBC Jimmy Savile sexual abuse scandal: “Our survey says pedophiles run the BBC/But look at the alternatives!” 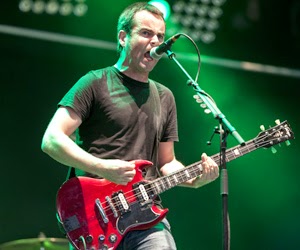 “Ketamine” showcases Future of the Left’s ability to allow a song to build until they completely let loose in the last third of the running time.  Helpfully, it also matches a superlative song title with a killer song.  (My pet peeve is when an amazing song title is let down by the song it’s attached to).  The explosive ending to “Ketamine” fittingly leads into the relatively understated “French Lessons,” the one song that isn’t engulfed in fury.  While Falkous’s lyrics are just as surreal, the song, which ostensibly touches upon relationships and drinking for twelve hours straight, feels honest even as it’s obtuse.

There are plenty of jabs at the music industry throughout the album, which makes sense considering Future of the Left avoided the usual recording rigmarole by fundraising online.  This populous support may have helped reinvigorate the band, because How to Stop Your Brain manages to best even their 2009 effort Travels with Myself and Another, which was such a fantastic album that at the time I was certain they would never beat it.  At this point, it’s probably best not to underestimate this band.

These days it’s easy to be pissed off.  But at least while Future of the Left are around you can take comfort in the knowledge that rage is not only cathartic, it’s the only conceivably sane reaction to the world we live in.
Posted by Tom Birkenstock at 4/30/2014 08:08:00 PM No comments: