Let's Remember the Good Times: In Memory of Chris Cornell 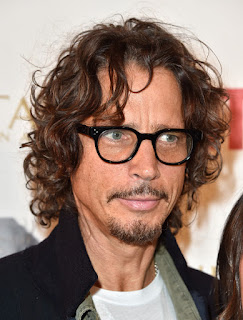 Chris Cornell's voice could be as powerful as a hurricane, as focused as a laser. That voice could shatter brick. That voice could cut glass. He’s often compared to Robert Plant, which isn’t a bad comparison, except that he could huff and puff and blow Robert Plant off the stage. He will be remembered as one of rock and roll’s greatest vocalists. And he was a fantastic songwriter, contributing his fair share of classics to Soundgarden’s oeuvre. Naturally, his death on Thursday came to a great shock to fans of Cornell and Soundgarden.

Grunge has a reputation for being dour. And when I heard about Cornell’s death, my mind drifted to how bleak his lyrics could get on tracks like “Fell On Black Days,” “Black Hole Sun,” “The Day I Tried to Live,” “Blow Up the Outside World,” and, the now unfortunately titled, “Pretty Noose.” Cornell had apparently been struggling with depression for some time, and his suicide is a reminder that the void can chase us from our teens into middle age and beyond. Depression is a disease, not a phase.

It’s also impossible to separate Cornell’s suicide with the many other deaths that occurred within the grunge scene: Andrew Wood, Layne Staley, and Kurt Cobain immediately come to mind. Associated with Pacific Northwest, grunge music, with its downtuned guitars and sludgy sound, has always seemed to reflect that part of the nation’s downcast skies and omnipresent rain as well as its reputation as a breeding ground for serial killers.

But this was just one side of grunge and only one side to Cornell. In any life, we shouldn’t let the dark times completely define a person. And this is true of Cornell’s music as well. The original grunge scene wasn’t just about the drudgeries of life; there was plenty of irony and humor--plenty of light to balance out the darkness. I’m going to choose not to define Cornell solely by his depression; I choose to see him and his art holistically, not forgetting the kind of humor he infused into his music.

Perhaps the best description of humor in grunge was absurdist. In some way or another, grunge musicians seemed influenced by dadaism, the early twentieth century art movement that rejected logic, reason, and beauty as represented in 20th century capitalism. Dada itself is a nonsense word. Perhaps the most famous piece of dada artwork is Marcel Duchamp’s “Fountain,” which was a urinal placed in a museum and signed “R. Mutt.” It was a crass middle finger to the arthouse establishment.

The influence of dadaism on Soundgarden seemed to go hand in hand with their punk influences, and it’s in some of their shorter punk-inspired songs that we can see Cornell play around with absurdity. On the one and a half minute long “Kickstand,” a song about the eponymous kickstand that Cornell implores to “stand me up,” the song’s lyrics don’t read easily. He could be writing about heroin, which is always a safe interpretation of music from the 90s, but the mentions of his mother and a “trike” suggest that maybe he’s actually writing about a bike. The song appears to have flummoxed the literal minded people over at “Genius Lyrics,” and that’s because they’re not supposed to be taken literally. It’s much more likely that Cornell intuitively came across these lyrics with a bit of a smirk. The lyrics are absurd, and the music serves as a streak of light in the brilliant if dark Superunknown. 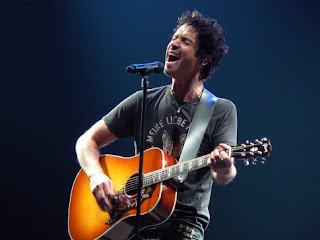 The same can be said about “Ty Cobb,” another punk-dada composition. Included on Soundgarden’s final album of their original run, Down on the Upside, “Ty Cobb” has little to do with the curmudgeonly baseball player, and the title was suggested by bassist ben Shepherd to replace “Hot Rod Death Toll.” Cornell admitted that he knew nothing about Ty Cobb the person. The lyrics and title form a loosely connected game of association. In a stroke of brilliance, the band included a mandolin on the hard-charging track, creating a contrast between the stately instrument and the way Cornell screams the word “fuck” twenty-one times.

Plenty of Cornell’s humor comes from grunge’s troubled relationship with classic rock. Grunge had plenty of punk music’s sneering disdain for the mainstream, but it also happened to be influenced by some of the most popular rock bands of all time. Without a doubt, you can hear the influence of Black Sabbath and Led Zeppelin on Soundgarden, but the band members spent plenty of time in interviews distancing themselves from these groups. It just wasn’t punk enough.

Whenever Soundgarden explicitly pulled from classic rock tropes, they often did so with quotation marks. The songs “665,” “Beyond the Wheel,” and “667” occur one after the other on Ultramega OK, and they satirize metal’s obsession with satanic imagery. The middle track of the trilogy includes demonic chants and the flanking tracks each make use of backwards recordings. The same album includes a “cover” of John Lennon’s “One Minute of Silence.”

Cornell and Soundgarden were having their cake and eating it too. They both made fun of and borrowed heavily from the bands they satirized. They were experiencing of a form of what the literary critic called “the anxiety of influence,” but without this ironic distancing, Soundgarden wouldn’t have been able to move past those who preceded them. In this way, their sense of humor helped them push their music forward.

Cornell and Soundgarden’s music could be dark, aggressive, and epic, but it could also be really fucking funny. Cornell’s depression seeped into his lyrics, but so did his wry sense of irony. I'll always remember his great cameo in the love letter to Seattle's music scene, Singles. No person is defined by a single act, even when that act is as extreme as suicide. I’ll choose to remember Cornell as a fantastic singer and songwriter, as the frontman of the one of the best bands of the 90s, and as a guy who had a wonderful sense of humor.